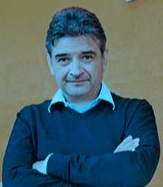 Javier Torres Maldonado is a composer and teacher who combines both functions in a very high-profile career. He has received four times (2007, 2009, 2011 and 2013) the "Commande d'État" by the French Ministry of Culture, the Ernst von Siemens Foundation/ Ensemble Klangforum of Vienna commission to compose “Móvil, cambiante” (2017, Festival Cervantino) as well as an international array of honours including first prizes at competitions "Queen Elisabeth" (2004, Brussels), GRAME (Lyon, France, 2006), Queen “Maria Jose" (Geneva, 2000), "Alfredo Casella" (2001, Siena), "Ad Referendum II" (1997, Montreal), “Rumore Bianco” (2019, Italy) as well as the prizes) "Mozart" by Mozarteum of Salzburg (two consecutive times: 1999 and 2001), "Da Capo" by the Brandenburger Biennale and Brandenburger Symphoniker (2012, Germany), “Prix des Musiciens" by the Nouvel Ensemble Moderne (1998, Montreal), Ibermúsicas-Iberescena (2013, Iberoamerican Organization of States), among others. He was the composer nominated to the “Catedra Manuel de Falla” in Spain in 2015, in 2016 he has been nominated as composer in residence at the National Center of the Arts in Mexico City to create a new work for Jake Arditti –countertenor- and the Arditti Quartet, commissioned by Irvine Arditti with funds of “Ibermusicas”. He is a member of the Sistema Nacional de Creadores de Arte of Mexico (Mexican National Endowment for Culture and Arts), Javier Torres Maldonado represented Mexico, Central and South America as composer at the International Forum for Young Composers of Montréal (1998, UNESCO, University of Montréal and Nouvel Ensemble Moderne) and he represented Mexico during the Young Composers Forum of the Ensemble Aleph (Paris, Amsterdam, Dresden, 2005).

Javier Torres Maldonado has created most of his works as composer in residence, collaborating with important European institutes for acoustics and music research as the French national centers for musical creation GRAME of Lyon, La muse en circuit of Paris, CIRM of Nice, as well as the SCRIME of the University of Bordeaux, among others. Commissioned by the Mozarteum of Salzburg in 2018, for the 60th anniversary of the Electronic Music Studio of this institution, he composed “High over the distant horizon”, for electric organ, piano, cello, five players in movement and electroacoustic interactive system.

His works are published by Suvini Zerboni (Milan) and Universal Edition (Vienna).

He is Tenure Professor of electroacoustic composition at the Conservatory of Parma. Previously he held the same position at the Conservatory of Milan (2007-2011), Alessandria (2003-2007) in the same country, and gives regular masterclasses and seminars in different European institutions of high musical education every year. In 2017 he was Invited Professor (composition masterclasses) at the prestigious Academy Domaine Forget in Canada and in 2015 he was appointed as Professor for the prestigious “Cátedra Manuel de Falla” in the Conservatory of Music in Seville by the Government of Andalusia and the Ensemble Taller Sonoro, Spain. He had been invited to teach composition seminars and masterclasses at the Mozarteum (Salzburg), Conservatoire Supérieur de Musique et Danse of Lyon, University of Malmö, Conservatoire/HEAR of Strasburg, Conservatory of Como, Italy, as well as the conservatories of Castilla y Leon (Salamanca), MUSIKENE (Basque Country) Seville, Pamplona and Malaga, in Spain. In 2020 he is invited to teach masterclasses at the Mozarteum, University of Performing Arts of Vienna and Conservaotio Superior de Sevilla. In 2016, 2017 and 2018 he has been composition professor at the composition seminar of the Cenart (National Center for the Arts) and artistic director of Ciclo Internacional de Música “Laberintos Sonoros” organized by the same institution of Mexico City.

As conductor he collaborated with Jonathan Harvey, recording his monographic CD “Run before lightning” with the Dynamis Ensemble of Milan for Stradivarius.

He is the scientific coordinator of the international cycle of seminars and concerts "Labirinti Sonori", organized by the Conservatory and Casa della Musica of Parma.

Although he left Mexico in 1996 after an invitation of Franco Donatoni to study with him, he continues to be involved in the artistic and academic life of his country, collaborating with different educational institutions as composer and visiting professor, indeed he is internationally recognized as one of the most representative composers of the Mexican avant-garde music. He also promotes international exchanges between European, Mexican and international institutions, as well between musicians and artists.